Cowboys Rumors: Is Nick Saban being pursued as next Cowboys coach? 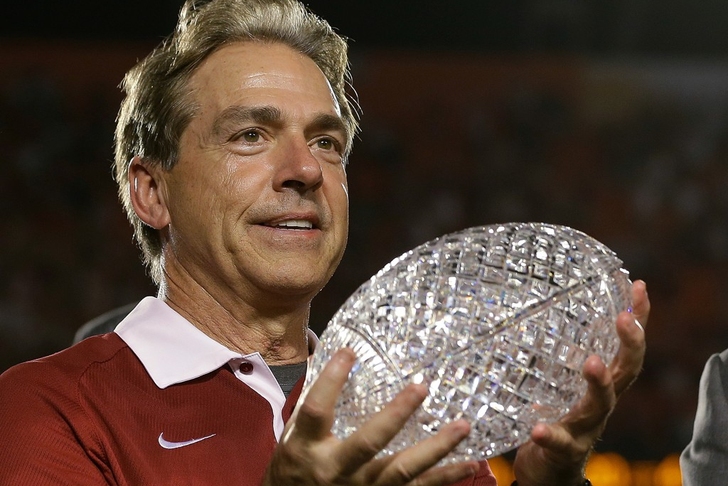 Breaking Dallas Cowboys News and Rumors - Speculation on the future of Nick Saban:

The message boards and blogs have been quietly buzzing in the last 48 hours that a team in Texas will pursue Nick Saban heavily after the SEC Championship Game next month.... Texas Longhorns right?

Nope. There is speculation (we won't do the websites justice by linking them, yet) that Jerry Jones has targeted Nick Saban as the next coach of the Cowboys and is prepared to make him a 5 year, $60 mllion offer to become coach of America's Team.

The question is, would Saban take it? We would reason to say that this is likely the only job he would leave the Crimson Tide for at this point, given the prestige and resources available to him in Dallas and the fact that he may be seen as the greatest college coach of all-time if the Tide win the BCS Championship again this season.. And, based on his massacre of Michigan at JerryWorld last year, we know he coaches well in BIG D.

Come back in the coming hours for more on this interesting coaching rumor and the future of the Dallas Cowboys.