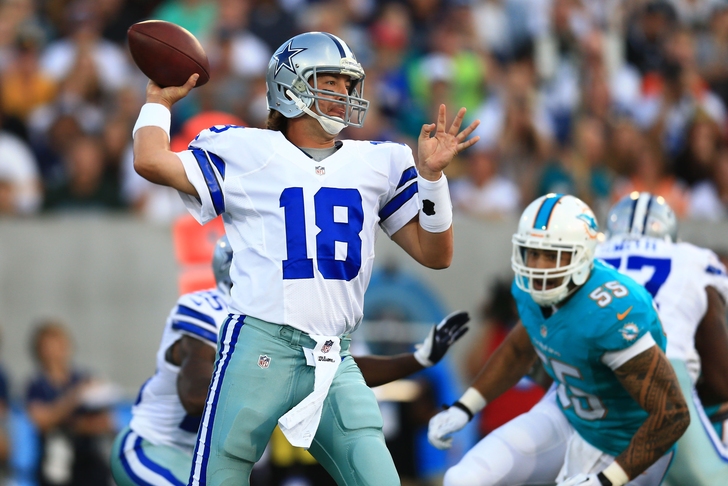 So posits Calvin Watkins of ESPNDallas.com: "Orton's status has been a mystery this offseason because of conflicting reports regarding his playing status. There were thoughts Orton wanted to retire but after discussions with coach Jason Garrett, it was revealed the backup quarterback wanted to continue playing," said Watkins in an article posted on Monday night.

"Orton's agent, David Dunn, said retirement wasn't a consideration for the quarterback, but there were team officials still trying to figure out what he wanted to do."

If Orton decides to retire, he will forfeit $3.5 million in salary for 2014 along with possibly having to pay back almost $3 million in bonuses.

Watkins ponders that Orton's absence may not amount to anything and that he didn't seem altogether displeased when he signed his contract to be Tony Romo's backup.

Altogether, the Cowboys are in a waiting stage with Orton -- as of now, however, it may just be business as usual.