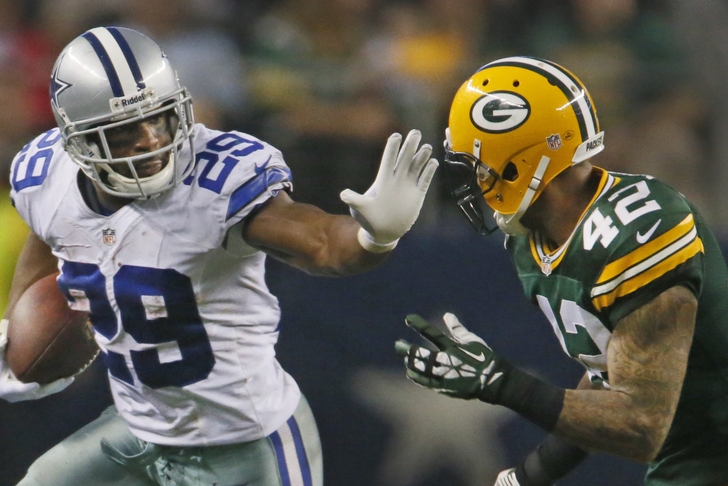 Dallas Cowboys running back DeMarco Murray is one of the highest-profile free agents among those available this season, yet his potential deal will likely be impacted by the contract extension the Seahawks have offered star running back Marshawn Lynch.

According to NFL.com, Lynch could make $10 million in the first year and have a deal with the second highest average per year behind Adrian Peterson. The deal could help Murray’s bargaining power with the Cowboys before he hits market opens in March, considering he led the league in rushing and won Offensive Player of the year with 1,845 yards. However, Lynch has been more consistent with four straight seasons over 1,200 yards.

There is no doubt Murray’s agents will look at Lynch’s deal as a barometer for what kind of deal they'll go after, but the Cowboys don't appear to willing to spend that much money on Murray.

Owner Jerry Jones has said he wants to keep Murray, but the team has made star wideout Dez Bryant their top free agent priority and have reportedly targeted Wisconsin's Melvin Gordon in the NFL Draft.