Cowboys Rumors: Extensions For Dez Bryant And Tyron Smith Are In Early Stages 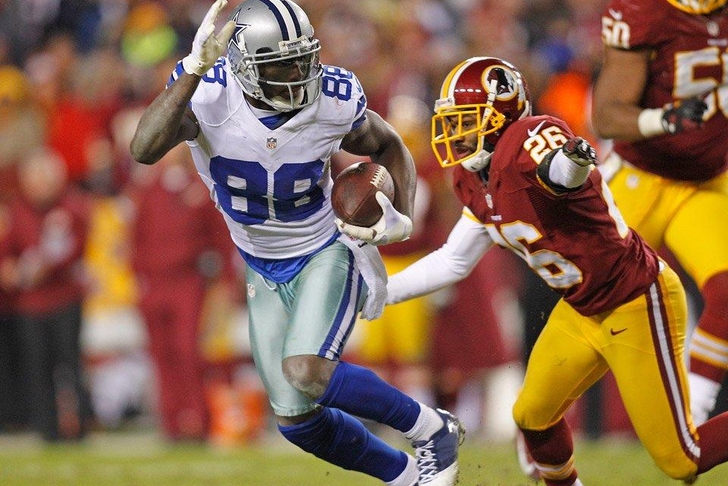 Interesting Cowboys rumor from the Dallas Morning News - Jerry Jones has been quoted as saying the Cowboys have "exchanged numbers" with representatives for WR Dez Bryant or LT Tyron Smith, but wouldn't confirm whether he was in touch with Bryant's management (Relativity Sports) or Smith's (Eric Metz, Ethan Locke and Joe Panos of LMM Sports Management).

Both players are under contract until the end of 2014, and working out extensions for the two is something high on the Cowboys' to-do list. Both are young players who will be after major raises, and it'll be interesting to see how the financially-constrained front office will work out a way to keep both around at a reasonable price.

Jones is reportedly happy with the progress Bryant has made on and off the field over the past two years, and answered directly when asked if Bryant's back problems were an issue that would affect negotiations.

“No,’’ Jones said. “It’s just not. That’s the best way I can say it. It has no impact on what we do in the future and how we are counting on him.’’

For all the latest Cowboys rumors, make sure to download the Chat Sports iPhone app, and stay tuned to our Dallas Cowboys page for each breaking story as it happens.