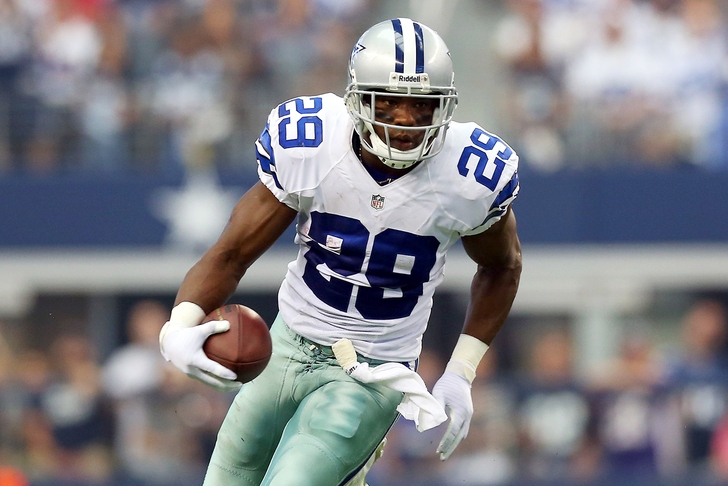 Dallas Cowboys free agent-to-be DeMarco Murray isn't sweating over the current stasis in contract negotiations between himself and the club just over a month away from the opening of the NFL's free agency period on March 10th.

“I don’t know yet. We’re just taking it day by day,” Murray said of upcoming negotiations on the Dan Patrick Show Thursday morning, via Jon Machota of the Dallas Morning News. “We’re not worried about it too much right now. We’ll touch bases when we have to. Right now we don’t.”

In his heart of hearts, Murray hopes that both he and superstar wide receiver Dez Bryant are able to re-sign with the Cowboys.

“Hopefully when it’s all said and done we both remain there,” Murray said. “He’s been there for five [years] and I’ve been there for four and we’ve built a great foundation, along with Coach Garrett and the rest of the team, I think that team is heading in the right direction.”

However, if business pushes him into free agency, Murray won't fret.

“Yeah. I understand the business aspect of it,” Murray said. “There’s no hard feelings if we can’t reach a deal together. But hopefully we can and we’ll see what happens.”

One thing that may very well work in the Cowboys' favor is Murray's win-first, get-paid-second competitive nature.