Cowboys Rumors: Dallas Out Of The Adrian Peterson Sweepstakes? 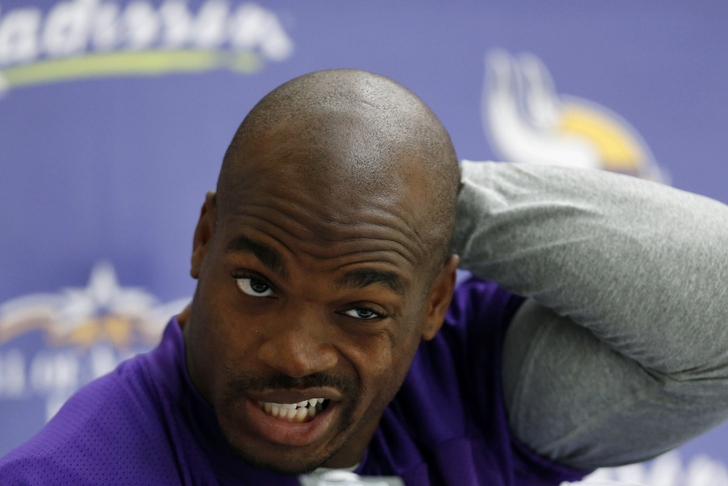 Many analysts have posited the Dallas Cowboys as a fit for embattled Minnesota Vikings running back Adrian Peterson if he is traded, but Mike Fisher of 105.3 The Fan says that's not the case:

The Cowboys won’t be pursuing a trade for Vikings superstar Adrian Peterson, two sources tell 105.3 The Fan, citing among the reasons the team’s more disciplined approach to spending at the running back position and the running back depth in the upcoming NFL Draft.

Peterson, 30, appears to be seeking a fresh start at this juncture, with rumors swirling that a reunion with the Minnesota Vikings is untenable for 2015 and/or beyond.

However, that doesn't mean the Cowboys would be willing to take on his existing contract ($44 million over the next three seasons), nor does they're willing to pay even a relative fraction of that on a restructured deal.