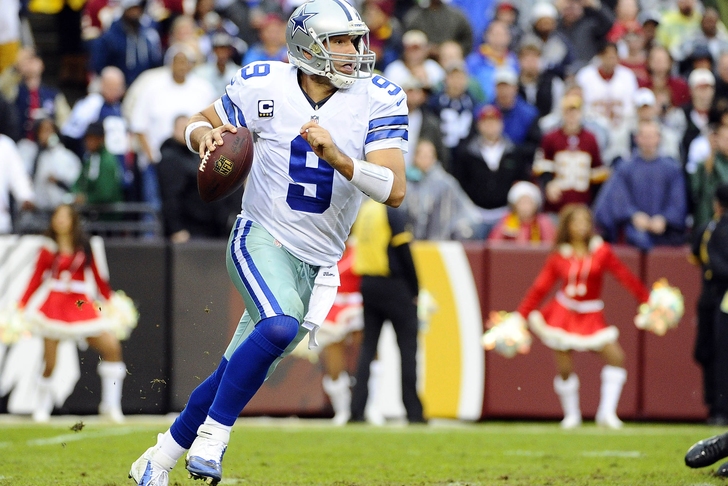 The Dallas Cowboys are in London preparing for Sunday's matchup with the Jacksonville Jaguars at Wembley Stadium. From the looks of it, they are prepping with the idea that starting quarterback Tony Romo will be back under center come kickoff.

Per Mike Wilkening of NBC's Pro Football Talk, Romo "is listed as probable for Sunday’s game against the Jaguars in London, according to the club’s injury report."

Romo sat out at last Sunday's loss to the Arizona Cardinals with two microfractures in the transverse process of his back. Such fractures can be played through with maintenance, so the Cowboys remain optimistic that Romo will be in a position to do battle in front of a projected packed house in London.

The 34-year-old Romo is having a very productive season under center in Dallas, going 165-of-242 for 1,998 yards, 15 touchdowns and six interception in eight starts. He is 6-2 as the starter in those eight contests.