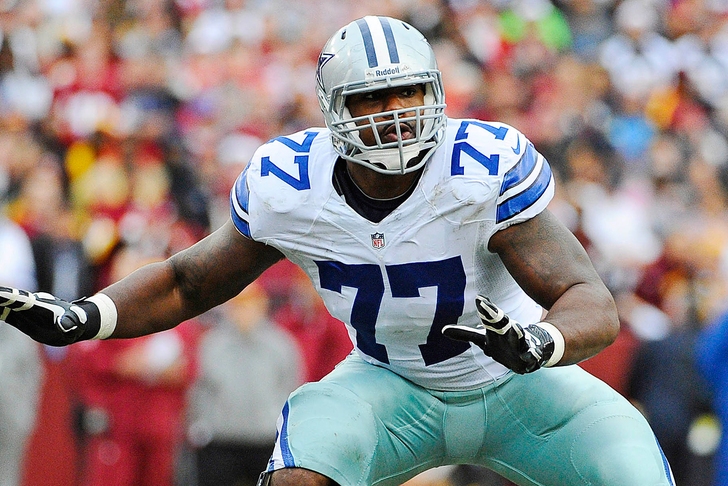 Cowboys T Tyron Smith has been quietly excellent so far this season, and the league is starting to take notice. After Smith's impressive performance against the vaunted Seahawks defense (Cowboys QB Tony Romo was sacked just once on the day), the NFL named Smith the NFC Offensive Player of the Week, instantly putting him in rare company.

The last offensive lineman to be recognized with NFC OPOTW honors was Kansas City Chiefs G Brian Waters back in Week 7 of 2004, and the last tackle to win was another Cowboy - Eric Williams, back in Week 9 of the 1992 season.

Smith didn't just excel in pass protection - his run blocking helped the Cowboys pick up 162 rushing yards on the day, with RB DeMarco Murray pitching in 115 yards and a touchdown. The Cowboys lead the NFL in rushing yards per game this season, with 160.3 per contest.

Cowboys HC Jason Garrett has to be pleased with Smith's contribution - in his fourth year out of USC, the 23-year-old has already established himself as one of the league's best players at his position. Jerry Jones will be hoping that the 2013 Pro Bowler and 2nd-Team All Pro can anchor the line in Dallas for years to come.