Cowboys News: Stats Show Improvement Across the Board 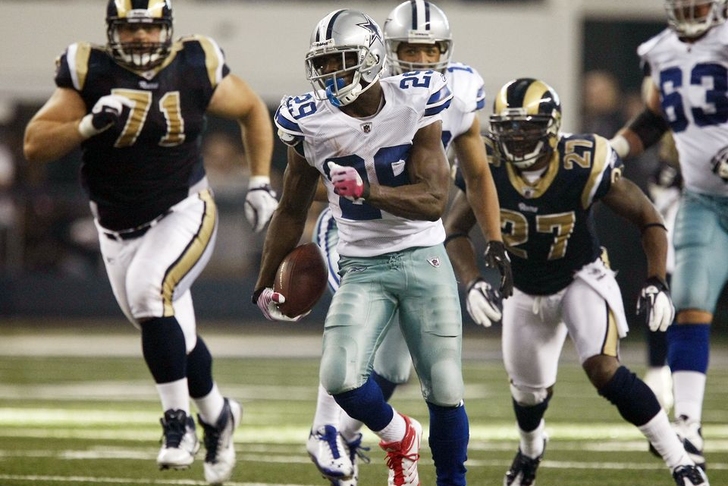 - It took the 2012 Cowboys defense seven games to force seven turnovers, but this year's Cowboys already have that many through only three.

- The defense allowed 339 yards on the ground through the first three games of last year - this year they've allowed just 199.

- The Cowboys held the Rams to 232 total yards on Sunday - they only held one team under 250 yards during the entire 2012 season.

- The Cowboys had just 49 first downs through the first three weeks of last season. They have 63 so far in 2013.

- This Cowboys have 317 rushing yards so far, compared to 230 at this time last year.

DeMarco Murray: Murray has 286 rushing yards so far, almost half of his total for all of last season. He's averaging over 98 yards per game, up from last year's average of 66.3. He's also had 116 receiving yards, almost half as many as he compiled last year.

Barry Church: The fourth-year safety has a career-high 17 tackles after just three games.