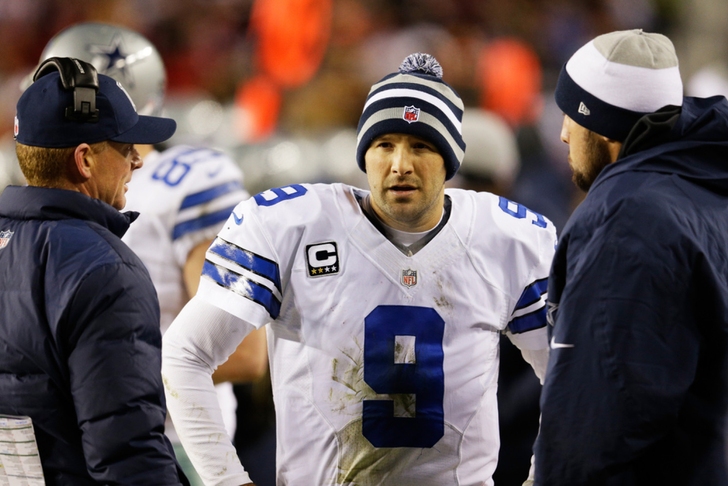 Can't get enough Cowboys news and rumors? Be sure to download our 5-star iPhone app today!

The Dallas Cowboys officially listed starting quarterback Tony Romo as questionable on the team's final injury report in advance of Sunday's matchup with the Arizona Cardinals.

No word has come out of the Cowboys' camp either way as to how the contusion Romo suffered to his surgically-repaired back is healing, but respected NFL writer Mike Florio (of NBC's Pro Football Talk) believes that fans should bet on a Brandon Weeden start come Sunday:

If whether Romo playing were a subject for wagering (and surely it is, somewhere) and if I were inclined to put some of my not-so-hard-earned money at risk, I’d drop a few dollars on Romo not playing.

Without question, it’s the smartest approach for the player and the team.  Even if it’s only a matter of pain tolerance, the risk of further injury is too great to justify letting Romo play so soon after getting blown up, sir, in the same area of the back that has twice been sliced open with a scalpel.  The Cowboys have engaged in a broader strategy of managing Romo’s health all year long.  Having him take a seat for a game or two becomes an extension of that approach.

Romo did participate in the team's final walk-through on Saturday, so it is likely that Romo is a true game-time decision. However, don't be surprised if Weeden is at the helm in Sunday's battle of NFC powers.