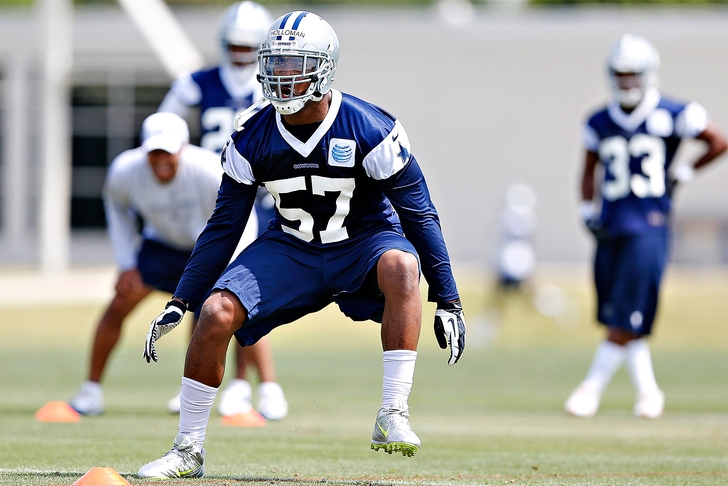 Today's Cowboys news update is brought to you on a somber note, as linebacker DeVonte Holloman has been diagnosed with a career-ending neck injury related to a previous spinal problem that took him out of action for half of his rookie season last year.

According to an Associated Press report, "coach Jason Garrett said Holloman was advised not to play again after doctor evaluations this week."

After he had missed the first two days of practice this week, the 23-year-old was on the field on Thursday but did not make an appearance in the locker room during an open media session after Garrett's announcement.

Per the AP release, "Garrett wouldn't discuss details of the injury other than saying Holloman has been dealing with a neck issue "the last couple of weeks." Holloman came out of last weekend's preseason game against Baltimore midway through the fourth quarter because of the injury."

Garrett was succinct and empathetic when discussing Holloman's situation.

"It's a very challenging, difficult thing for a young man who has dreams of being an NFL football player, achieves those dreams," Garrett stated. "But this becomes an easy decision for him and for his family when you're dealing with that kind of injury."