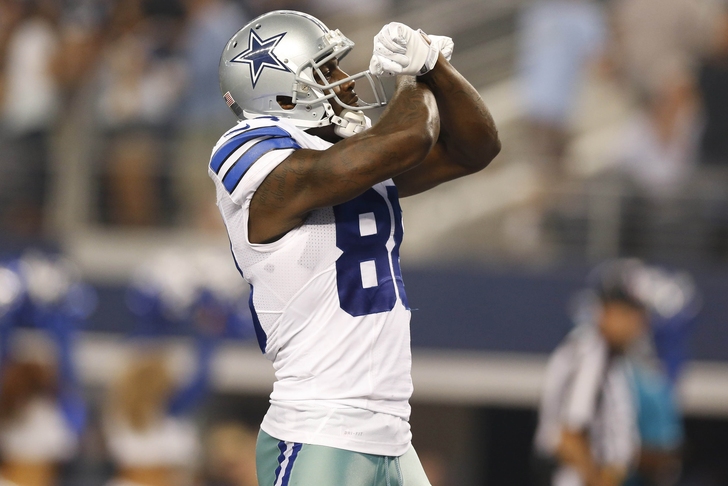 The Dallas Cowboys have a decision to make when it comes to star wide receiver Dez Bryant and a potential long-term commitment financially.

Both sides continue to hem and haw over contract talks that have seemingly stalled, with everything from the franchise tag to the Cowboys allowing Bryant to test free agency being floated as potential scenarios.

However, owner Jerry Jones doesn't foresee any of this being a problem after the 2014 NFL season is over, or during it for that matter.

“It’s not a distraction at all,” Dallas Cowboys owner and general manager Jerry Jones said Friday on 105.3 The Fan, via Jon Machota of the Dallas Morning News. “It obviously didn’t distract Dez [when he caught six passes for 158 yards and two touchdowns Sunday in London], and it doesn’t distract us. It’s a meaningful contract to the degree that it does and will impact our financial management of our salary cap, which is a big part of what helps get a good team on the field. So it deserves the kind of attention that we’re giving it."

When it comes down to brass tacks, Jones believes that Bryant's a Dallas Cowboy through and through

"He’s a loyal guy and we’re loyal guys,” Jones said. “Of all the players that I’ve been associated with over the years, I’ve had a chance to probably have more personal interaction with Dez. Probably as much as with Michael Irvin back in the early ‘90s, but certainly a lot of personal interaction, inordinately so."

Whether that attention will lead to a huge contract is still up for interpretation at this point.