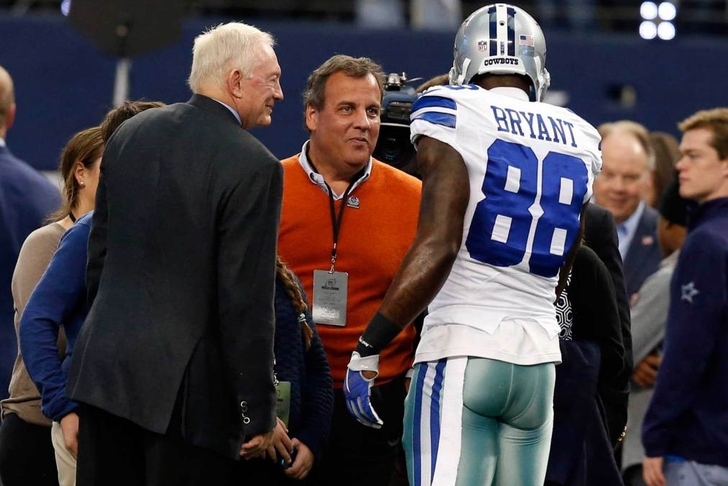 A liberal group has filed an ethics complaint against New Jersey governor Chris Christie, claiming he broke state rules by accepting tickets to the Dallas Cowboys playoff game against the Detroit Lions.

Christie sat in a luxury box at AT&T Stadium with Cowboys owner Jerry Jones, and Jones claims Christie is part of the team’s “mojo” and he wants the governor there throughout the entirety of their playoff run.

Christie and his family have gone to three regular season Cowboys games with tickets provided by Jones. The governor’s office says there is an exception to state law that allows gifts from family and friends, and Christie considers Jones a personal friend.

Jones has extended an invitation to Christie to attend Dallas' game against the Packers in Green Bay this weekend, which Christie has said he'll accept.

MUST WATCH: This Dallas Cowboys Playoff Hype Video Will Give You Chills