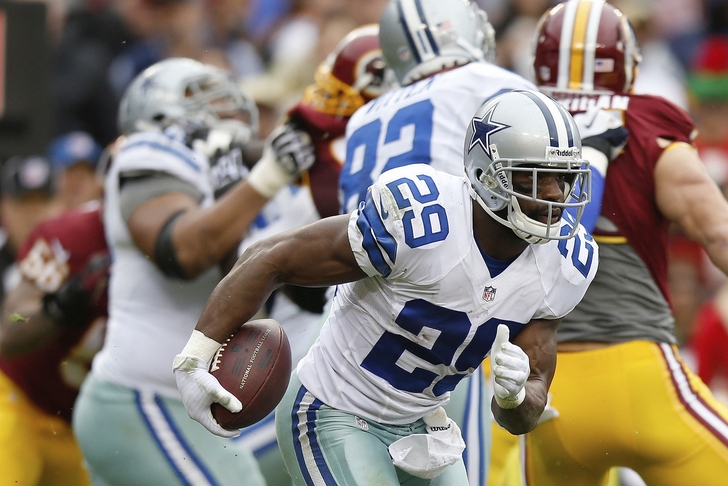 The Dallas Cowboys have the dilemma of trying to re-sign both star running back DeMarco Murray and star wideout Dez Bryant, and both want to be among the highest paid players at their respective positions.

Bryant has previously stated he wants to return to the Cowboys, but won't be giving them a hometown discount. Murray opened up about his wishes for the offseason today to ESPNDallas:

“I’ve thought about a lot of things I haven’t told anyone yet, not even my agent or not even my family. You can sit back and look at the pros and cons of many different situations and you think of yourself and think of your family in these situations.

"I told my agent, 'Hey, get your notes together. You talk to who you need to talk to and when the time is right ...' but for the next couple of weeks I just want to get away from everything. I don’t want to hear about it. I don’t want any phone calls saying, 'Hey, there’s this or this.'

"Those guys know how I am as a person and I understand that business aspect. I don’t get butt-hurt. I don’t get my feelings hurt. I believe in myself and what I’m capable of doing and whoever it is I’m playing for next year, I know I’m going to make a huge impact."

"Obviously I love playing with these guys, love playing for Jerry, love playing for Jason (Garrett). He’s a helluva coach, a helluva guy. The things I’ve learned from him and (Jason Witten) in the four years I’ve been here, I’m very gracious and appreciative of it. If the chips fall that way, I’m excited and would love to come back. I don’t know what’s going to happen, so we’ll see."