Cowboys News: Dallas To Use Franchise Tag On Dez Bryant On Monday 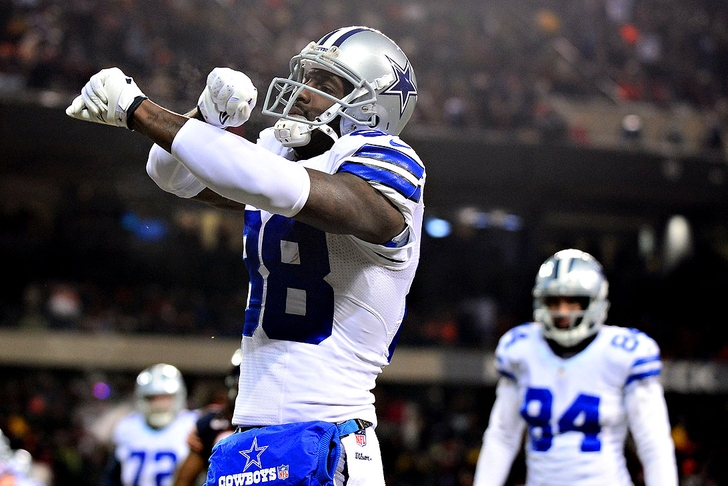 Dallas Cowboys wide receiver Dez Bryant won't be getting his wish of a long-term deal this offseason, with the Dallas Morning News reporting that the team will slap the franchise tag on him come Monday.

Per David Moore of the Dallas Morning News, "Stephen Jones, the Cowboys chief operating officer, said the club will place the franchise tag on Bryant Monday. Tom Condon, who now represents the Pro Bowl receiver in negotiations, was informed of the club’s intentions by Jones in a call Friday afternoon."

The tag will prevent Bryant from testing the free agent waters come March 10th, paying him $12.8 million in guaranteed money for the 2015 campaign.

“Well, I think Dez is a special player,’’ Stephen Jones said. “Obviously, he’s someone we don’t want to lose. We will pretty much cement that by using the franchise tag.

“Our goal is to, unlike what we’ve done in the past, is to hopefully keep working and get a contract done at some point. We want to continue to find a way to get there.

Bryant has said that he'd be "highly disappointed" if the Cowboys were to use the franchise tag on him, but his $12.8 million payday for 2015 is still more money than he's made in a season over his entire career.