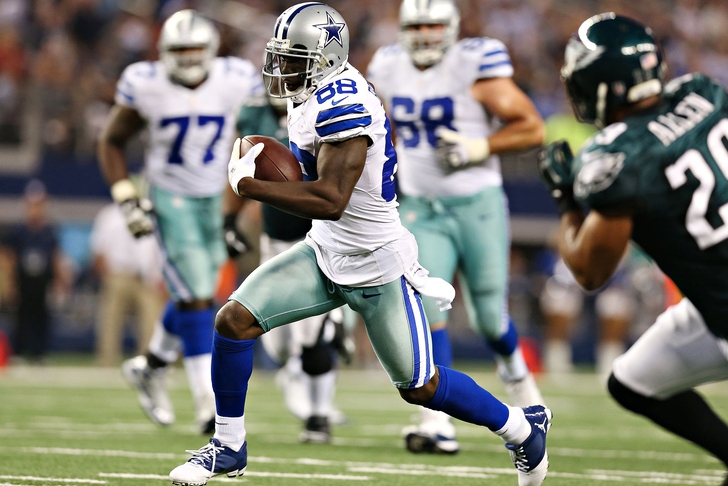 The Dallas Cowboys' franchise tag will be a source of intense speculation heading into the offseason, with the team seemingly poised to use it on either star wide receiver Dez Bryant or workhorse running back DeMarco Murray.

Per Kevin Patra of NFL.com, "NFL Media Insider Ian Rapoport reported on NFL GameDay First on Sunday morning that the team is more likely to tag Bryant than Murray if it comes to that this offseason."

Rapoport also added that Dallas Cowboys owner Jerry Jones had an introductory meeting with Bryant's new representation at Roc Nation. However, the two sides are still far apart when it comes to negotiations for a new contract.

As Rapoport indicated in a report last week, the Cowboys' offers at this juncture have come in well below what Bryant and his representation are seeking compensation-wise.

Either way, it is likely to be an interesting offseason in JerryWorld - especially if the Cowboys continue on their current path towards the NFL Playoffs.