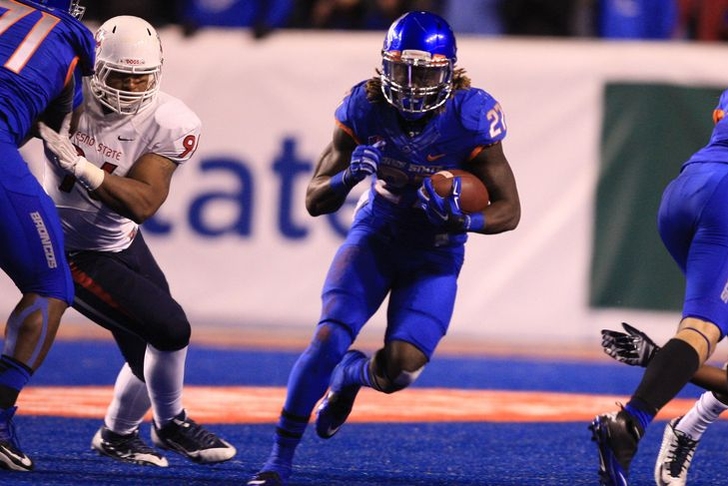 The Dallas Cowboys are trying to replace All-Pro running back DeMarco Murray, and they've targeted Boise State running back Jay Ajayi as the guys they want, according to Rant Sports.

Dallas likes Ajayi's speed, strength, and deceptive elusiveness, as well as his ability to be a factor in the passing game (both blocking and receiving).

If they manage to land him, he would split carries with free agent signing Darren McFadden.