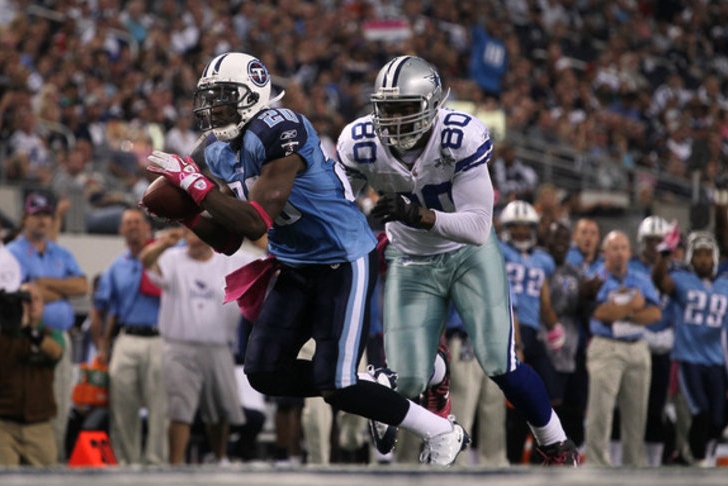 After a one-sided first half in Nashville, the Titans did their best to make this one a contest...but they their offensive woes helped Dallas pull away en route to a comfortable victory.

Here's what we learned from this one:

The Cowboys Have Work To Do, But The Sky Isn't Falling

After last week's disaster against the 49ers, everyone outside of Dallas was happily predicting the Cowboys would crash and burn en route to a 2-14 record. While a win over the Titans doesn't meant the Cowboys are out of the woods just yet, promising performances from DeMarco Murray, Dan Bailey and several players on defense indicate that the Cowboys aren't as hopeless as they looked in week one.

Jake Locker Might Not Be The Answer In Tennessee

No, the offensive line didn't do him any favors, but it isn't like Locker was playing the Seahawks out there. Against a depleted, raw Cowboys secondary, Locker was unable to make anything happen through the air, and the Titans are going to have to start asking some tough questions if he continues to struggle.

The Cowboys Have Real Weapons On Offense

DeMarco Murray was on point, picking up 167 yards on 29 carries, and Dez Bryant racked up 103 receiving yards on 10 catches. Both scored a touchdown, and they'll need to keep that success going if the Cowboys want to make something out of this season.

The Titans Might Be In For A Long Year

It's hard to believe this Titans team looked so good against Kansas City last week. Listless on offense and ineffectual on defense, they'll need to make some serious adjustments before next week's game against the Bengals if they want to keep this ship afloat.