The 5 Toughest Games On The Dallas Cowboys' Schedule In 2017 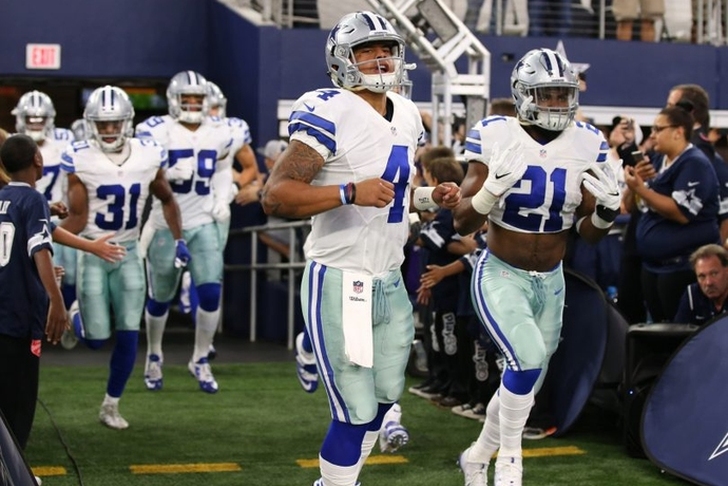 The 2017 NFL schedule was released on Thursday night, and the Dallas Cowboys have a tough road ahead of them in their quest to return to the NFL Playoffs next season. These are the 5 toughest games standing between the Cowboys and a postseason berth:

5) at Denver Broncos (Week 2)
The fact that this game is fifth on this list tells you just how hard Dallas' schedule is this year (as does the fact that their home games against the Seahawks and Chiefs aren't on here at all). Denver's defense is still one of the best in the league and will be a test for Dak Prescott.

4) at New York Giants (Week 14)
You could really switch this out with any game against the Redskins or Eagles, but Dallas' trip to New York will be the toughest of the group. Remember, the Giants swept the Cowboys last year as Prescott struggled mightily in both contests. This year, we'll find out if their defense just has his number or if he has figured them out.

3) Green Bay Packers (Week 5)
Green Bay is one of the elite teams in the NFC once again, and Aaron Rodgers will try to exploit the weaknesses in Dallas' mediocre secondary. It's also a rematch of last year's playoff game - and the Cowboys are itching to get some sort of revenge.

2) at Oakland Raiders (Week 15)
Oakland was the second-best team in the AFC last season when quarterback Derek Carr was healthy, and all they've done is upgrade their roster this offseason. Plus, their young stars should be even better with another offseason of development. Add in the fact that this is a Sunday night game in Oakland, and you have a very, very tough game.

1) at Atlanta Falcons (Week 10)
However, Dallas' showdown against the defending NFC champs takes the cake. It will be in Altanta's new Mercedes-Benz Stadium, and while we don't know how much of a home-field advantage the new venue will give the Falcons, it's always extremely hard to beat one of the league's best teams on the road.