The 5 Hardest Games On The Cowboys' 2017 Schedule 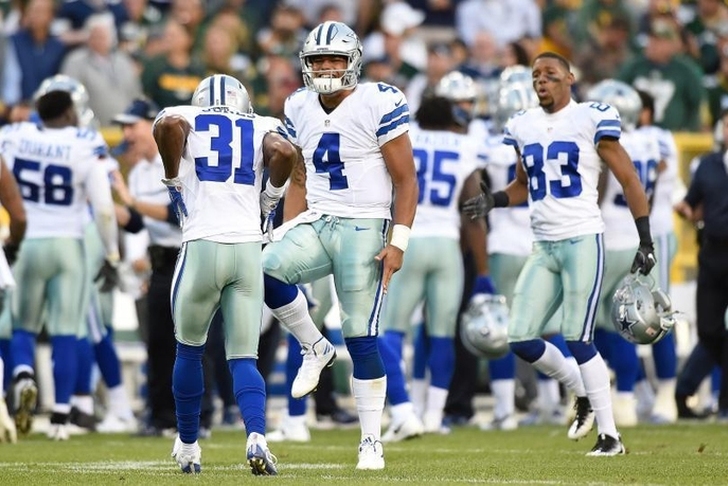 The 2017 NFL schedule was released last month and the Dallas Cowboys have a tough road ahead of them in their quest to return to the NFL Playoffs next season. These are the five hardest games standing between the Cowboys and another postseason berth.

5. vs. Seattle Seahawks (Week 16)
This the last game in a very rough stretch of games for the Cowboys. The Seahawks struggled on the road last year and although that could be the case in 2017, this won't be an easy game. If both the Cowboys and Seahawks play up to their potential, home field advantage could be on the line.

4. at New York Giants (Week 14)
The Cowboys had problems last year with the Giants, getting swept in the regular season. The road contest will be the toughest of the bunch in 2017 and it will likely carry massive NFC East implications. Dak Prescott will need to play better in this matchup than he did in the first two contests. The Cowboys do catch a break, as they'll get added prep time thanks to playing on Thursday the previous week. That's why this matchup is only fourth on the list.

3. Green Bay Packers (Week 5)
Green Bay is one of the elite teams in the NFC once again, and Aaron Rodgers will try to exploit the weaknesses in Dallas' iffy and unproven defense. It's also a rematch of last year's playoff game - and the Cowboys are itching to get some sort of revenge. Having it at home will help the Cowboys.

2. at Atlanta Falcons (Week 10)
The Falcons really should have won the Super Bowl last year and they should be among the top teams in the NFC again this year. This one takes place in Atlanta's new Mercedes-Benz Stadium, and while the extent of the home-field advantage the new venue provides the Falcons is unclear, it's always extremely hard to beat one of the league's best teams on the road.

1. at Oakland Raiders (Week 15)
Oakland was the second-best team in the AFC last season when quarterback Derek Carr was healthy, and all they've done is upgrade their roster this offseason. That alone makes for a difficult contest. Add in this being a Sunday night game in Oakland that follows a road game against the Giants and it's the toughest game on the schedule. This could be a trendy pick as a Super Bowl preview game.