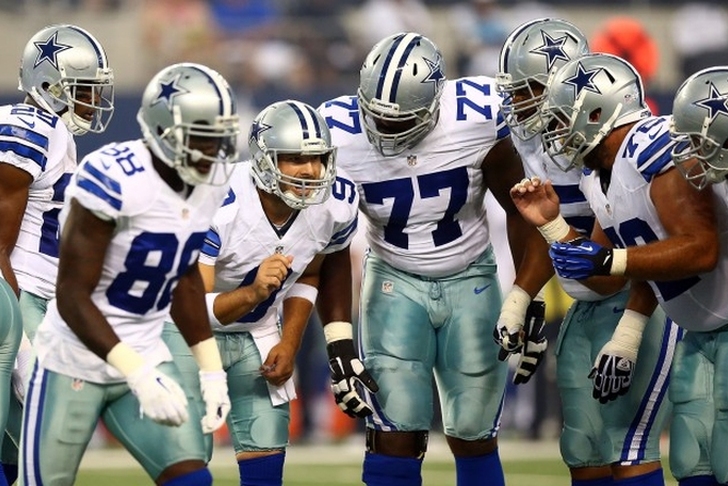 Every game during the course of an NFL regular season presents a challenge, but these next four games are the closest thing to a breather the Dallas Cowboys will get in 2015. Here's our list of the 4 Easiest Games On The Cowboys' 2015 Schedule:

New Falcons head coach (and former Seattle Seahawks defensive coordinator) Dan Quinn is already paying dividends for Atlanta's D in camp, but there's only so much both he and his staff can do to quell the dumpster fire flames of the league's worst defense for the 2014 campaign. They'll improve in increments, but Tony Romo should still be able to gash them for all they're worth in this September showdown.

We're not sure what to expect out of Jameis Winston's first year in the pros? Will he win Rookie of the Year? Will he get a hankering for crab legs that only a shoplifting trip can satisfy? The rest of Bucs are a smattering of intriguing young pieces and cagey veterans with a bushel of replacement level players, so there's really not much to worry about regardless of which road Jameis decides to take.

If Geno Smith escapes training camp as the Jets' starting quarterback, this Saturday night showcase at JerryWorld could be the closest thing to spontaneous career combustion we've seen in NFL history. The Jets are on the come-up under new head coach Todd Bowles, but they'll be anchored in the muck as long as Geno is under center.

Washington is in the beginning stages of a rebuild and did improve their defense in the offseason, but they still lack significant offensive firepower and have one of the worst quarterback situations in the league. Don't expect Robert Griffin III to do much against Dallas' defense while Washington has no one who can cover Dez Bryant.