3 Reasons Why The Cowboys WILL Beat The Giants 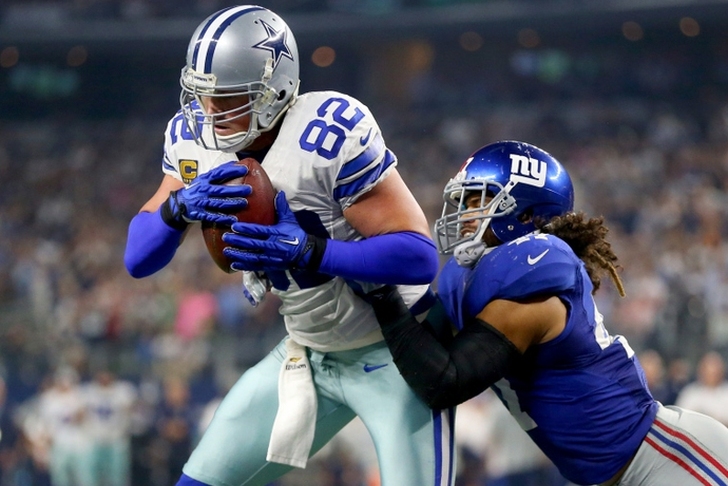 The 2-3 Dallas Cowboys hit the road to face the 3-3 New York Giants in a NFC East battle this weekend. It's a game that will have a major impact on the division picture and one the Cowboys need in order to stop a three game skid. It won't be easy, but this is a contest the Cowboys can win. Here are three reasons why the Cowboys WILL beat the Giants.

The Giants have struggled to run the ball this year, failing to record 100 yards on the ground this season. Neither Rashad Jennings nor Andre Williams have produced. Jennings is averaging 3.7 yards per carry, while Williams is picking up just 2.8 yards per rush. Shane Vereen has contributed in the passing game, but hasn't added much on the ground. The Giants are in the bottom five of the NFL in rushing yards per game, while the Cowboys are in the middle of the pack. Dallas doesn't have the greatest rushing attack in the NFL, but it's better than the Giants'. The Cowboys will control the clock and force the Giants to throw the ball more than they want to, resulting in a Cowboy win.

Forcing the Giants to become one-dimensional plays right into the Cowboys' hand. For the first time this season, the Cowboys will have all of their key pass rushers healthy. Greg Hardy missed the first four games with a suspension, but returned in Week 5. Randy Gregory was the Cowboys' best pass rusher before suffering a high ankle sprain in Week 1, and is expected to return this week. Those two, plus Tyrone Crawford, DeMarcus Lawrence and Jeremy Mincey, give the Cowboys a pass rush that can hassle Eli Manning early and often. If the Cowboys do that, they'll pick up a needed win this weekend.

Brandon Weeden wasn't the problem at QB, but he wasn't the answer either. The Cowboys had no choice but to turn to Matt Cassel and hope he can provide the spark the Cowboys' offense needs. Unlike Weeden, Cassel has shown in the past he can have moderate success for an extended period of time. The other big change Dallas appears ready to make is to give RB Christine Michael more carries. Michael has potential and he could have major success behind the Cowboy offensive line. The changes aren't guaranteed to be a success, but if they are, the Cowboys will beat the Giants.