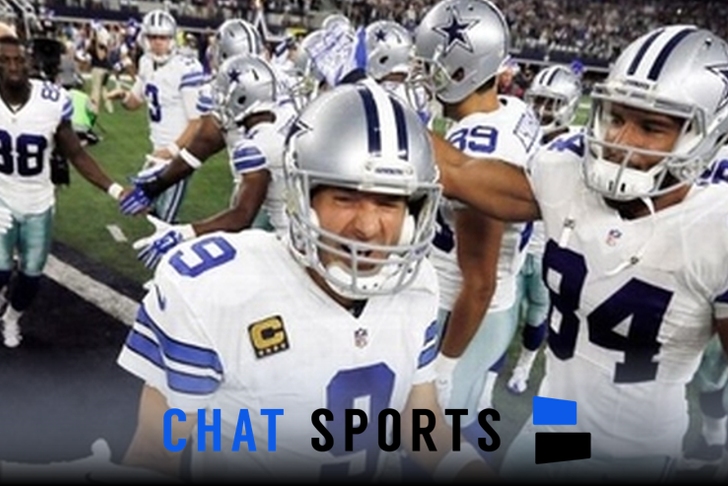 The Dallas Cowboys have Super Bowl expectations this year, and opened their season in thrilling fashion by beating the Giants at the last second. Here's why they'll keep the momentum going and beat the Eagles on Sunday:

The NFL hasn't seen an offensive line this stacked since the Cowboys' dynasty in the 1990s. Tyron Smith, Travis Frederick and Zack Martin are all among the best at their positions. Doug Free and Ronald Leary both played well last season. Leary might even lose his job to La'El Collins, a first round talent who went undrafted. The Cowboys even spent a third round pick on Chaz Green to be their swing tackle of the future.

Their dominance allowed for Joseph Randle to rush for 61 yards on 16 carries on the opener, and considering the Eagles allowed the Falcons' lackluster rushing attack to gain over 100 yards on the ground, Dallas should be able to do whatever they want. It also showed us that...

2) DeMarco Murray isn't the player we thought he was

Behind Dallas' offensive line, Murray was the NFL's leading rusher. With Philadelphia, he gained only nine yards on eight carries. Those are not the numbers of a superstar, and considering the Eagles are relying on him to carry a large portion of their offense, they don't figure to be that effective moving forward.

Romo had one of his best seasons last year, at age 34, and he's fully healthy for the first time in three seasons. He looks ready to take his game to another level in 2015, using his Sunday night heroics as a launching pad for the season. He passed for 356 yards and three touchdowns, two of which came in the last five minutes of the game. The Cowboys know that Romo will give them whatever they need to win, and he showed that again on Sunday.