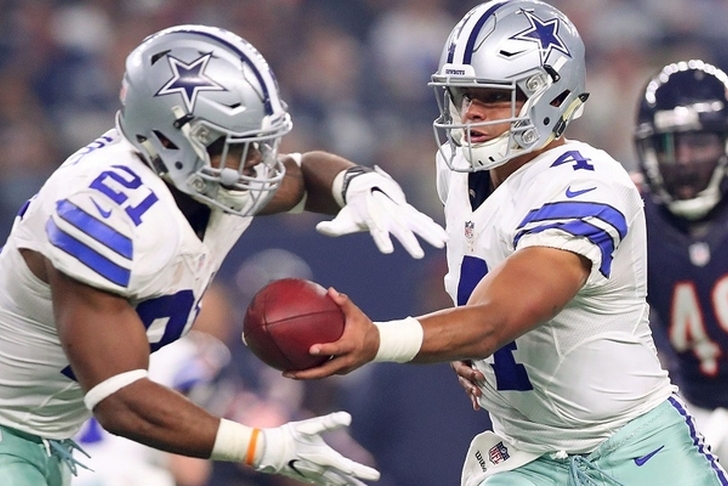 3) Ezekiel Elliott's continued dominance
Only a rookie, Elliott has emerged as a top MVP contender. He leads the NFL with 703 rushing yards (and he has already had his bye week!) and is on pace to break the rookie rushing record (something that would certainly help his MVP candidacy). Elliott is also one of just two players in NFL history for rush for over 130 yards in four straight games. He has been the star of Dallas' 5-1 start, and will continue his play on Sunday.

2) Dak Prescott > Carson Wentz
Both rookie starters have impressed in their six starts this season, but Prescott has been much better this season. He has more passing yards, less interceptions, a higher completion percentage and a high QB rating on the season than Wentz. Prescott may or may not keep his job when Tony Romo returns, but one thing is for sure - he has shown he's better than Prescott so far this season.

1) Dallas has proven themselves against good competition
Philadelphia comes into this game with the No. 5 defense in the league, but the Cowboys have proven they can shred good defenses by blowing past the Bengals and Packers in their last two outings. Furthermore, Philadelphia's defense hasn't faced an opposing offense that is anywhere near as efficient as Dallas' - mostly because of those two players we just mentioned. Expect the Cowboys to continue their hot streak.