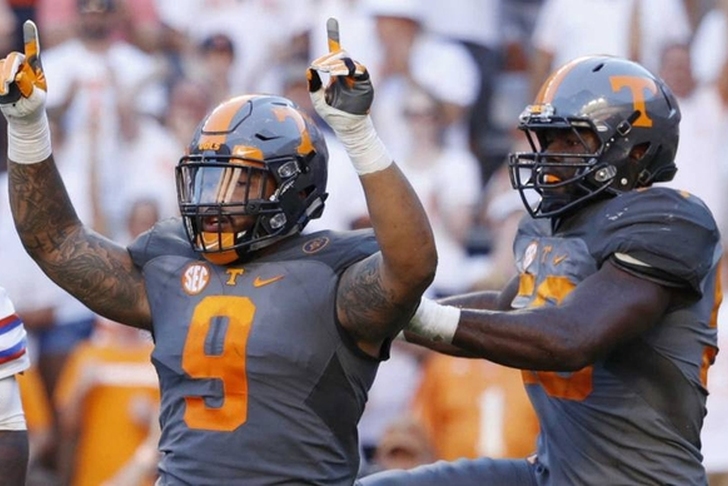 The 2017 NFL Draft will start in less than a week, and there will be plenty of trades. That's just the nature of the draft, although those trades are very difficult to predict. One team that could make some noise is the Dallas Cowboys, as the front office has shown a willingness to wheel and deal for years.

To help determine the value of each pick and what it would cost, we're using the NFL trade value chart. While the trade values won't match up exactly, we tried to get them as close to even as possible. With that in mind, here are three trades the Cowboys could make in the NFL Draft.

I know, this one is kind of boring, but it makes sense. The Cowboys are without a 5th rounder this year, thanks to the Matt Cassel trade. Moving down a few spots should be enough to net them an extra fifth. This Dolphins pick is actually the last in the fifth round, one of three fifth rounders the Dolphins own this year. It's the first year compensatory picks can be dealt and the Dolphins are in prime position to deal one.

The Cowboys will be willing to move up this year, if the price is right. The Cowboys actually slightly win this deal too, based on the trade value chart. If there's a defensive player the Cowboys see slide (perhaps a Taco Charlton or Derek Barnett), they could be willing to sacrifice a later pick to move up and snag their guy.

This trade works out almost perfectly on the NFL trade value chart. The Browns have more than enough ammo to move up in the draft and this deal lets them keep a second and a 3rd. Perhaps there's another defensive player (like a secondary member) or even a QB the Browns are targeting that falls to No. 28. The Cowboys need secondary help too, but moving a few spots down and getting an early 4th might be enough for the Cowboys to do it. Getting that extra 4th would allow them to help upgrade their depth on the defensive side of the ball.

Follow our Dallas Cowboys team page for all the latest Cowboys News or download the Chat Sports App!