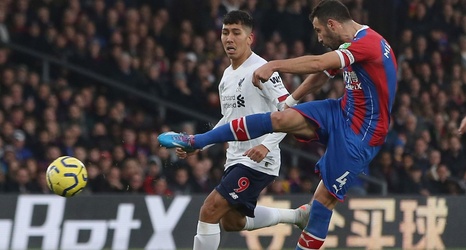 Although the result wasn't a positive one, Crystal Palace put in a fantastic performance against the league leaders of Liverpool, and came just a few minutes away from taking a deserved minimum of a point with a late Wilfried Zaha goal.

Andros Townsend spoke post-match about how the 90 minutes put in at Selhurst Park yesterday was the best of the season so far, something Roy Hodgson further supported in his press conference last night.

You can now watch all of the action from what went on in south London from the disallowed James Tomkins goal to a superb overhead kick attempt from Christian Benteke that went narrowly wide by heading over to Palace TV or heading to 'Palace TV' within the official Palace app.