'VAR and the handball rule is a total farce and has ruined football': Crystal Palace fans left seething over decision to penalise Joel Ward for handball as Richarlison scores resulting spot kick in defeat by Everton 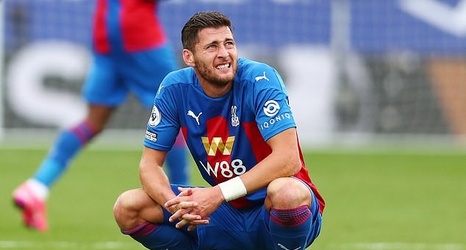 Crystal Palace fans reacted furiously on social media after Everton were awarded a controversial penalty in their 2-1 away victory at Selhurst Park.

The two teams were level at 1-1 when Lucas Digne's headed knockdown struck Palace defender Joel Ward on his left arm, which was held in a natural position by his side.

The Palace defender was stood just two yards away from Digne when he inadvertently handled the ball, but referee Kevin Friend decided to point to the spot after a lengthy VAR review.

Richarlison held his nerve from the spot and emphatically restored Everton's lead, completing the scoring as the Toffees secured their third successive win this term.