Tosun: I just want to say ‘thank you’ to all the lads 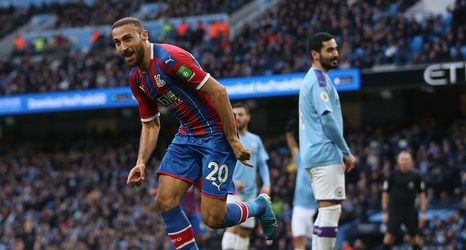 Crystal Palace finally have their man, Cenk Tosun, after the striker came close to playing in the famous red and blue a couple of years ago. However, on this performance, the on loan striker was well worth the weight.

Being handed his first start for Crystal Palace, away at the reigning champions, wasn't the scenario Tosun would've perhaps chosen for himself. However, 90 minutes and a first Eagles goal later, the 28-year-old is already making an excellent impact.

Speaking post-match, Tosun reflected on the game and his delight at already opening his Palace account. He said: "[It was a] very important point for us.