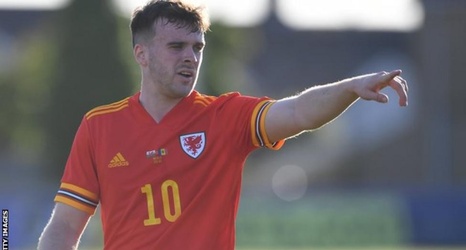 Bristol Rovers have signed Wales Under-21 midfielder Sion Spence on a season-long loan from Crystal Palace.

Spence, who has also spent time on loan at Welsh side Barry Town, scored seven goals in 15 games for Crystal Palace's under-23 side last season.

He is the eighth player to move to League Two Rovers in this summer.

"Sion is highly rated at Crystal Palace, where he played as an attacking midfielder, scoring and creating goals," Rovers manager Joey Barton told the club website.

"We are hopeful he can come here, make the transition into senior football and have a positive season with us.