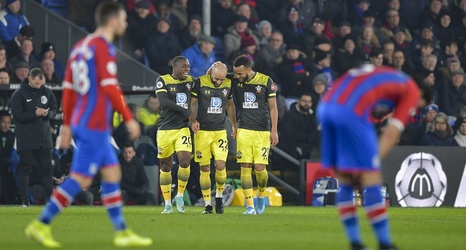 Crystal Palace fell to an attacking Southampton side under the Selhurst lights this evening, conceding two impressive goals from the boots of Nathan Redmond and Stuart Armstrong respectively.

As in December, when Palace and Southampton faced off under the lights of St Mary’s, the Eagles began tonight’s game filling their own half; soaking up the Saints’ early pressure as Ralph Hasenhüttl’s in-form side sought to make a swift impact.