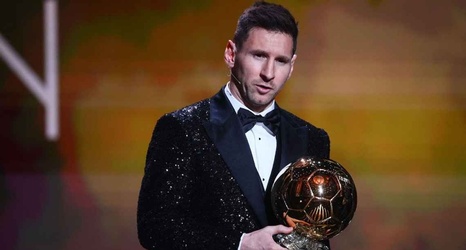 Paris Saint-Germain forward Lionel Messi was awarded the prestigious Ballon d'Or for a record-extending seventh time in a ceremony at the Theatre du Chatelet in Paris on Monday.

Messi, who led Argentina the Copa America success in Brazil in July for their first major trophy since 1993, spent the majority of 2020 at Barcelona before his 21-year stay at the club ended when he left on a free in August and joined PSG soon after.