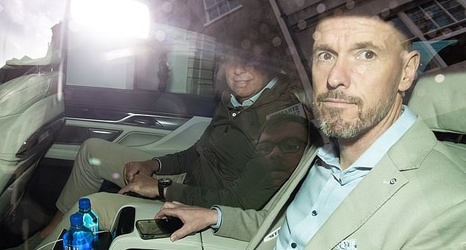 Incoming Manchester United boss Erik ten Hag as been pictured in London as begins putting his plans together for a massive season at Old Trafford.

The Dutchman was pictured leaving the club's offices in Mayfair on Thursday night alongside his new assistants - former Newcastle and Derby boss Steve McClaren and Mitchell van der Gaag as they look to kick-start a new era.

Ten Hag will officially take over on Monday after United's final game of the season against Crystal Palace on Sunday, which will mark their last match under the guidance of interim coach Ralf Rangnick.