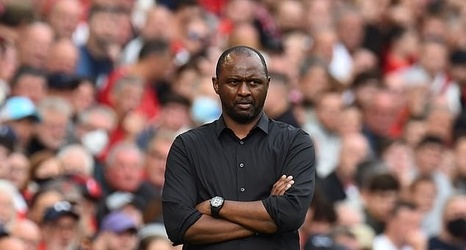 Patrick Vieira revealed that he watched Amazon's documentary series 'When Eagles dare' to get more of an understanding of Palace's fierce rivalry with Brighton.

The five-part series was released on Amazon Prime on June 4, one month before Vieira was announced as the Eagles' new manager on July 4.

The documentary showed how the south Londoners went from on the verge of liquidation to the remarkable story of Crystal Palace's promotion to the Premier League in 2013 under manager Ian Holloway, which of course included a play-off semi-final victory over Brighton.