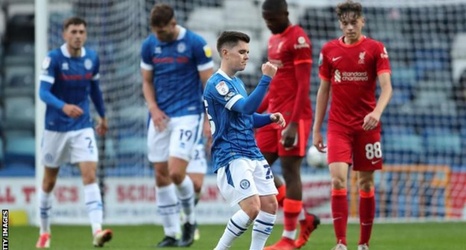 Liverpool Under-21s were hammered 4-0 by Rochdale as some Premier League academy sides were well beaten in their first group games of the 2021-22 EFL Trophy.

But there was joy for Aston Villa's youngsters who won 3-1 away at League One side Wycombe. Tottenham Hotspur's academy team were also on the right end of a 4-3 thriller at Stevenage.

Wolves Under-21s also beat Wigan Athletic on penalties after a goalless draw at the DW Stadium.