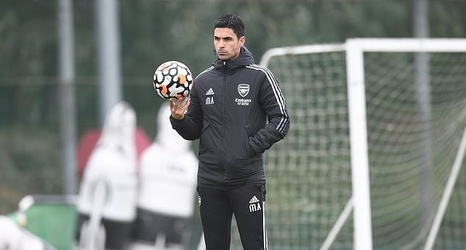 Mikel Arteta has hailed Patrick Vieira as ‘remarkable’ and one of a kind as he prepares for his first return to Arsenal as a manager.

Vieira brings his Crystal Palace side to the Emirates on Monday in what will be an eagerly-anticipated occasion and meeting of two of Arsene Wenger’s former captains.

Vieira won three Premier League titles, including leading Arsenal to the 2004 Invincibles triumph, and four FA Cups during his nine years as a player.

Arteta played against Vieira in one of his final Arsenal appearances – a 7-0 defeat for Everton at Highbury - and later during the Frenchman’s one-season stint at Manchester City in the final game he started in his career.