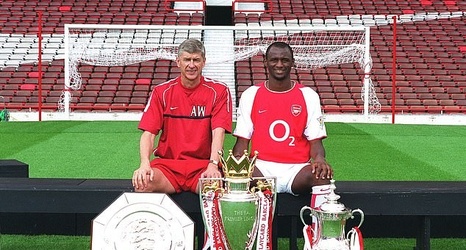 Now respective managers of Arsenal and Crystal Palace, the one-time midfield rivals are also joined at the hip in admiration for their coaching guru Arsene Wenger.

'I think we were all guided and felt a different way about the game because we had Arsene as a manager,' Arteta revealed.

'He started a fire in us to be a coach. Not only me or Patrick, but many others, with his way of treating everybody at the club and how he felt about the game.