John Lundstram 'set to leave Sheffield United in January after talks over a new contract break down... with Crystal Palace, Burnley and Rangers eyeing a move for the midfielder' 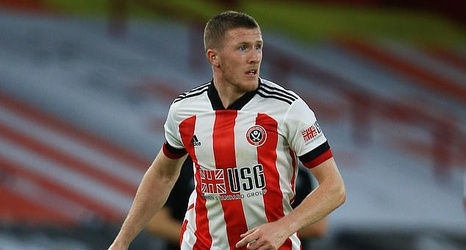 John Lundstram's time at Sheffield United looks to be coming to an end after talks to extend the midfielder's deal at Bramall Lane broke down, according to reports.

The 26-year-old is in the final year of his deal with the Blades and has been offered a new long-term contract to stay, with manager Chris Wilder keen to keep him.

However, Sky Sports are reporting that the club's latest offer has been rejected by Lundstram who will now likely leave in the January transfer window as a result.

Crystal Palace and Burnley are ready to offer Lundstram the chance of staying in the Premier League should he decide to leave once the window reopens.