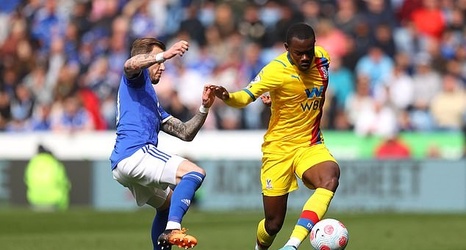 Crystal Palace defender Tyrick Mitchell is on course to be fit for Sunday's FA Cup semi-final against Chelsea.

England new boy Mitchell handed Palace a scare when he had to come off in the first half of Palace's 2-1 loss at Leicester on Sunday with a calf problem.

But he has been able to take part in some light training after having the injury assessed and Palace are hopeful Mitchell's fitness will continue to improve sufficiently in order for him to line up at Wembley.

Having Mitchell available will be a major boost for Palace and manager Patrick Vieira, who withdrew the 22 year-old against Leicester to avoid taking any risks after he has racked up the minutes this season.