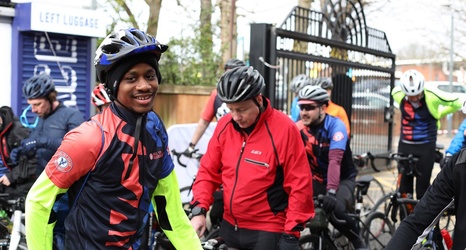 Over the weekend, a group of dogged Crystal Palace fans and employees cycled 120 miles from Selhurst Park to the Vitality Stadium despite the Bournemouth v Palace match being called off halfway through the ride.

The mammoth journey was in support of Palace for Life Foundation, the club's official charity. The 28 riders, who have nearly raised their £15,000 target, were intending on finishing the two-day cycle by watching the Eagles battle the Cherries in the suspended Premier League match. However, the team were undeterred when they found out the game had been postponed and carried on regardless.