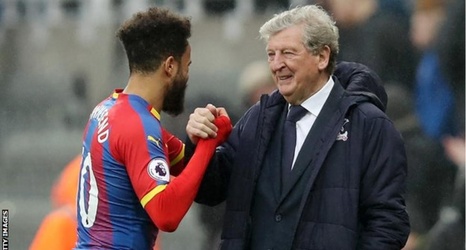 Midfielder Townsend, 29, has made regular appearances on Talksport but Hodgson says he is not in favour of the move.

Hodgson said: "I think it's too early.

"I don't think he needs to start thinking about his life after football by becoming a journalist at this stage of his career."

The 73-year-old added: "It's something he wants to do. He's certainly intelligent enough and sensible enough to manage it, (but) I wouldn't have encouraged him to take it on.