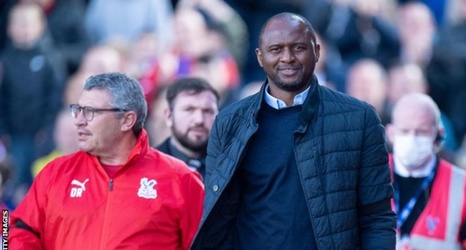 Patrick Vieira says he is relishing an "emotional" return to Arsenal but is focused on Crystal Palace's need for Premier League points.

Vieira, 45, will face his old club for the first time as a manager when Palace travel to Emirates Stadium on Monday.

The French World Cup winner won three Premier League titles and four FA Cups with the Gunners and captained the 'Invincibles' side of 2003-04.

"The focus and concentration will be on how can we perform well," said Vieira.

"I am really looking forward to it. I had the chance to play for this football club [Arsenal] for nine years.