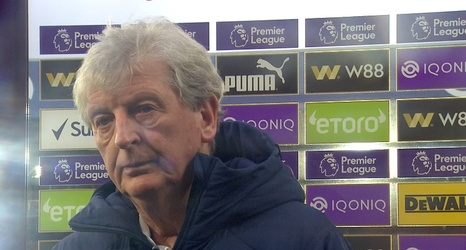 Roy Hodgson says the "nonsense" handball law that led to a penalty against Joel Ward in Crystal Palace's 2-1 defeat by Everton is "ruining the game".

Palace defender Ward was adjudged to have handled Lucas Digne's first-half knockdown, despite the ball striking his hand from close range.

Richarlison scored from the spot-kick to earn Everton victory.

"It's completely unacceptable. It's destroying my enjoyment of the game of football," said Hodgson.

"I can't understand how everyone in the game - the Premier League, referees, managers and coaches - have allowed this rule to come into operation.