CHRIS WHEELER: Being booed by his own supporters does not bode well for Manchester United captain Harry Maguire... the England defender got a rude awakening in Melbourne which must be a concern for player and club 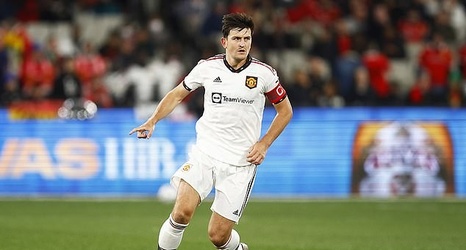 If Harry Maguire thought it would be easy to make a fresh start at Manchester United under Erik ten Hag, the England defender got a rude awakening in Melbourne.

Maguire was booed every time he touched the ball in the first half of a 3-1 win over Crystal Palace at the MCG, which must be a concern for the player and his club considering the majority of fans in a 76,499 crowd were United supporters.

Club sources blamed the 'pantomime booing' on a minority of local fans, saying that most of the crowd were behind Maguire.