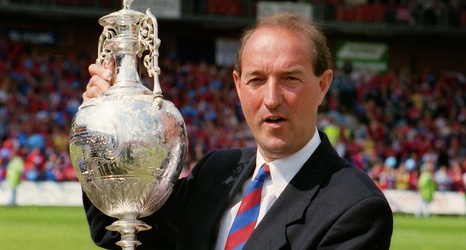 In November 1993, Gareth Southgate first pulled on the captain’s armband for Crystal Palace. The band hugged an ill-fitting, classically ‘90s shirtsleeve which billowed over at the top and bottom. Aged just 23, six months later, Southgate had guided the Eagles into the Premier League - the club’s youngest-ever captain to do so.

Under the leadership of manager Alan Smith, Palace’s team had youth and bravery in abundance - with a prolific frontman, a close bond and, importantly, a confident young captain.

In June 2017, Harry Kane first pulled on the captain’s armband for England.