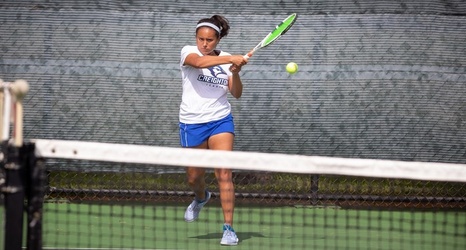 ORLANDO, Fla. -- The Creighton women's tennis team closed its Spring Break trip to Florida with a 7-0 sweep of Quincy on Thursday morning at the USTA National Campus. The Bluejays ended the week with a perfect 4-0 record, including two victories against BIG EAST opponents -- Georgetown and Providence.

The Bluejays lost only two games during doubles action. and combined for their ninth consecutive win at the No. 1 doubles position and improved to 11-2 this season with a clean 6-0 victory on Thursday.