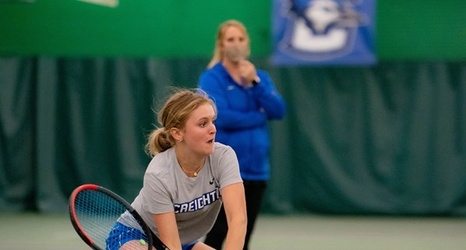 Creighton won at the top to doubles positions to take the first point of the match.

UNK earned a 6-3 win at the No. 3 slot to take an early edge before the Bluejays won the other two matches. and claimed a 6-2 win at No. 2 to even the doubles portion. and combined for a 6-4 victory at the top position to seal the point.