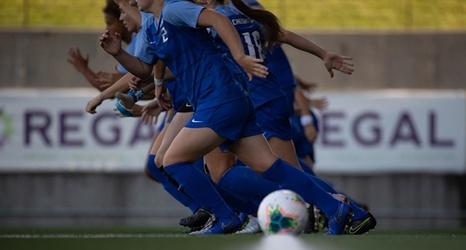 Omaha, Neb. -- Creighton women's soccer head coach Ross Paule announced today the 2021 spring season schedule. The Bluejays are slated to play 12 matches against outside competition including five of those at Morrison Stadium.

An abbreviated non-conference schedule begins with the annual Blue-White Scrimmage on Feb. 13. The first match of the regular season is a neutral site contest with Missouri State in Kansas City, Mo., on Feb. 18. Creighton then battles Missouri on Jan. 25 in Columbia, before playing a home exhibition match with Minnesota State-Mankato on Feb. 28. The final non-conference contest is a road match at Iowa State on March 28.