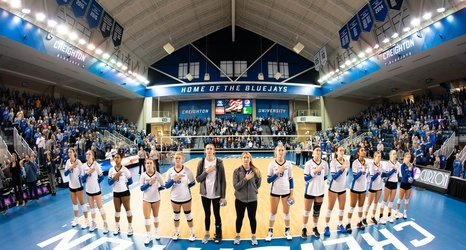 OMAHA, Neb. -- The Creighton Volleyball team moved into the top 10 of the American Volleyball Coaches Association poll for the first time this fall in the rankings released on Monday, October 21, coming in right at No. 10. The Bluejays also moved to 16th in the third official RPI listings released by the NCAA on Monday.

Creighton has now been ranked in the top 10 of the AVCA poll 18 times in program history, including 12 straight weeks last year from Sept. 10 to Nov.