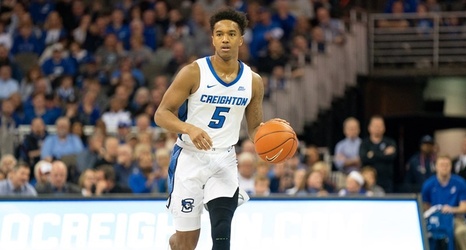 A 6'4" guard from Charlotte, N.C., Alexander led Creighton and ranked third in the BIG EAST with 16.9 points per game last season. He added 5.0 rebounds, 2.3 assists and a team-high 1.3 steals per game for a Bluejay squad that ranked No. 7 nationally in the year-end Associated Press poll.

Alexander was second in the BIG EAST in free throw percentage (.860), fourth in three-pointers per game (2.