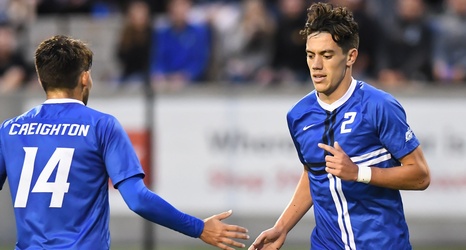 The win lifted Creighton to 6-1 on the season, while SIUE fell to 2-5 overall.

Trailing by as much as 16 points early in the second half, the Bluejays began to claw back into the game with just under 15 minutes remaining as Creighton trailed 56-40.

Senior Ryan Hawkins started the comeback for the Bluejays with a three-ball from the corner with 14:56 on the clock. Down 58-43 moments later (14:31), Creighton used an 11-1 surge to get back into the contest.